You’ve got a limited marketing budget that you had to fight for, and from that you carefully planned various ad campaigns down to the dollar.

Your keywords were selected carefully, and you’re very hopeful that this killer ad you’ve just placed will bring in some needed leads this month. However, with your limited budget, you can afford around five high-value clicks per day.

By 10:30 a.m., a bot has come in and clicked your keyword three times, and a human competitor got it twice with no intention of buying. No one will see your ad for the rest of the day. Is this a scenario you’d like to avoid.

Click fraud is the term assigned to clicks made by bots, instead of humans. While click fraud isn’t something you hear about much, it can be profoundly effective at crippling your lead-generation efforts.

Not only does fraud slowly chip away your ad budget, it also means a lot of lost opportunities to put your ads in front of likely buyers.

Fortunately, you can get control back over your ad campaigns and prevent the lion’s share of fraudulent clicks.

What is Google Doing About This Problem?

This seems like a natural question. After all, Google is a tech giant with some of the world’s sharpest thinkers behind efforts to make the Internet better for everybody. Surely they can prevent fraudulent ad clicks, right?

The answer is yes, but the solution is only reactive.

Take the above scenario. The very next day, Google may review your five clicks and refund you three out of five. Or maybe you’ll get especially lucky and get 100 percent of the money refunded.

Sounds great, but how many customers did you get out of it? And meanwhile, the competitor who deployed the bot has been running their ads in front of your ideal customer.

Fraud-prevention software like ClickCease takes a more proactive approach. It gives you control over how frequently an ad appears within a certain timeframe, and it will screen out IP addresses, domains, or even entire Virtual Private Networks (VPNs) that it recognizes as fraudulent.

ClickCease lets you take your ads away from saboteurs—be they human or a line of code—and ensure they’re seen by genuine searchers who are looking to make a purchase.

Additionally, if ClickCease identifies some fraudulent clicks retroactively, you can use it to request a refund from Google.

Practically overnight, our client’s click-through rate (CTR—the percentage of ads clicked out of the times it was displayed) jumped to around 30 percent.

The average is 2 percent. Being the vigilant marketers we are, it got our hackles up.

This sudden spike in click-through rates was unlikely to mean anything but fraud, so we ran our client through ClickCease. What we found was shocking.

In the first three months of implementing ClickCease, our client saved $5,400 in would-be fraudulent clicks. They have a monthly ad budget of $2,500. The great majority of their ad budget would have gotten wiped out every month if they hadn’t started using ClickCease.

If this continued, out of $2,500 per month, only about $700 would be placed on real ads. They would be burning more than 70 percent of their ad budget!

ClickCease informs us that it has made our client’s traffic 48 percent cleaner. That’s a statistic we can get behind.

Think of what this could mean for you: Less than two-thirds of the ads you’re paying for may never reach your audience. That’s ridiculous! You can’t do business that way—it’s not responsible spending.

It may be time to implement a solution.

How to Implement Click-Fraud Protection

Don’t jump the gun just because you read an article.

Your ad account could be fine. Go ahead and pull up your Google Analytics and run a check against what follows.

When Should You Start Using Click-Fraud Protection?

Google Analytics will show you how much you’ve spent so far this month, how many impressions each ad campaign has per specific keyword phrase, and the corresponding CTR.

An average CTR is around 2 percent. If you’re hitting 4 or 5 percent, that’s cause for celebration. But if you’re getting above 10 percent, you’ll want to start asking questions.

The activity may not be fraudulent, so check your conversion stats. Is this high click-through rate turning into bonafide marketing-qualified leads (MQLs)? If so, congratulations, you’ve struck gold with an amazing ad campaign, and you should angle for a raise.

But if you’re not getting the leads that you should from this high CTR, the activity is probably fraudulent. It’s time to implement ClickCease or something comparable.

The Nitty Gritty: What ClickCease Can Do For You

ClickCease is a plugin that integrates a tracking script code into Google Tag Manager. From there, it gives you a dashboard that lets you see every user’s clicking habits on a granular level or a top-down view of activity on keywords or whole campaigns.

It gives you as much precision control as you like. You may decide you don’t want the same IP address receiving the same ad more than 4 times a month, once a week, or twice an hour. You can even break it down to minutes and seconds.

The dashboard feeds you some useful statistics. Most helpful, it shows you a day-by-day graphical overview of any time you specify. It will show you where each fraud attempt is coming from geographically and breaks it out by device type.

Let us caution you, though: Be aware of your prospects’ research habits.

If you’re selling an expensive SaaS, your potential customers probably have a long research phase. They won’t pull the trigger in one day.

They’ll check out your website, bounce to a couple of competitors, and then perhaps return for a second look when they realize yours is the best. This could continue for weeks or even months. You need your ad parameters to allow your potential customers to keep finding your ads.

The client above, who prevented $5,400 of fraud in three months, recently netted a major contract through the ads we’d placed for them.

When we looked at the buyer’s profile in ClickCease, we saw that the key decision-maker got perilously close to the limits we had set. The long buyer journey for this expensive service resulted in numerous visits over the course of two months. If we had narrowed the parameters any further, our client might have missed out on the sale.

Knowing your buyer journey will help you make educated decisions on what sort of parameters to set, but if you’re worried about shutting out potential customers, you don’t have to settle for fraudulent clicks.

Looking to Invest in a Better Ad Solution?

A knowledgeable B2B tech marketing agency can help you make the right decisions that let you get the most ads in front of the right prospects. Plus, they’ll likely be able to optimize your ad campaigns and SEO for you. 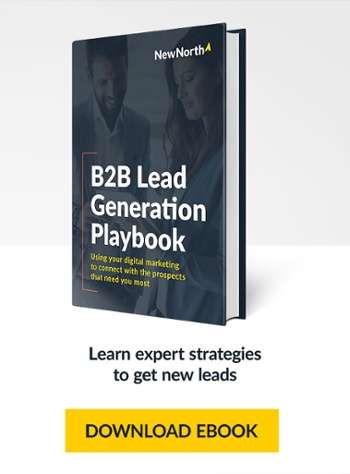