Time is running out for Facebook, but not for reasons I think the analysts predict. The shear size of the giant may be part of its undoing, according to this marketer.

There have been many forecasts and predictions about when the social media giant of Facebook will reach its demise – some based on stats, some on trends, some purely anecdotal.

There have been some that have been off the mark. For example, this Princeton research predicted a massive loss (70%) by the end of this year. For what we can tell, that isn’t happening, at least at that level of magnitude. This research, along with many other studies, has tried to build predictive models from what has come before. For example, MySpace and its fall took less than a decade; predictions extrapolate that and similar data to build a predictive model for what will happen in today’s market.

There are also predictions that tried too early, in my opinion, to gauge just how big Facebook would be. They couldn’t see all of the factors that have since contributed to the company’s growth and acquisition strategy. They didn’t know that Facebook’s activity would stay ahead of audience development, or that it would continue innovation within the platform. In these errors, they did not predict enough change and adaptability in the marketplace or in the platform.

All of that is another way of saying this: each epic of our technology takes place in waves. These short bursts of years are uniquely set in time as stages of growth, and aren’t necessarily indicative of what will happen in the future.

Looking at the past only provides a limited lens, and looking ahead in technology is almost impossible beyond a few short years. This is where I think most tech predictions fail.

So, why do I think that Facebook will be in a death spiral by 2020? Just to be clear, I’m talking about Facebook proper: the facebook.com platform, not the entire company. I think the company will be around for a few years after 2020 – for how many years, I’m hesitant to predict. There are simply too many factors to analyze that question.

But, it will be in decline. Here’s why:

First, I think it has reached a saturation point in the US.

I’m not hearing a lot of stories of people signing up for Facebook. I’m hearing many more stories of Facebook “fasts,” or of people shutting down their Facebook pages. In my experience, the late majority wave is over. And although Facebook would never admit that officially, I think they have known it to be true for a while.

I think the new people coming to Facebook are inactive (passive) users, international users, businesses, or just fake accounts. Although Facebook might ride new waves in other countries, the newness is done here.

Second, there are more options, which is another way of saying that other things are newer.

There is just more out there for the next generation. “Typing is so old, Dad.” These are the words I expect to hear from my kids as they enter the digital age. Even reports like this one, from EMarketer, show that the adoption of other platforms is on the rise.

Is it right to expect that a Facebook-type company can really maintain all the innovation and capture new audiences, without dragging along its brand baggage? I think not.

Innovation is already limited for the platform. The brand image and feature set have reached saturation. I think the psychological pigeonholing of Facebook is complete. New is something else – SnapChat, Instagram, etc. Thus, the majority has moved, is moving, or will move on.

Third, the fallen nature of man will corrupt everything – eventually.

With people come problems. With lots of people comes the overwhelming girth of society’s ills and joys. For all of the good that can be done on social media, there is just as much bad that’s done, too.

I think part of the joy in signing up for these platforms is in the intrinsic hope they bring: hope for a closer connection with people, hope for freedom from reality’s ills. These are places where your life’s problems aren’t following you. But on Facebook, your problems have caught up.

Online stalkers and predators were only the beginning. Facebook is increasingly a leading accomplice of divorce. Human trafficking is being found in groups on the network. Much of society’s dark underbelly is alive and thriving on the platform. Facebook is both dark and light.

Even the very creators, people from inside the company, are leaving, saying things like: “Facebook is ripping apart society“. That is partly true, but it’s also true that society is ripping apart Facebook.

The end point? The hope of Facebook is diminished. The upper middle class nirvana it used to represent has been replaced by the darker reality that we’re all trying to escape.

People will continue to search for true hope until they find it. But that’s not going to be on Facebook.

Here is my take on what a post-Facebook world might look like in the years to come. This is pure fantasy, in the sense that these claims can’t be known, but it’s also based on extrapolations of reality – like all good fantasy is.

All predictions are of course, just that. We don’t really know the future, but we look for signs. Signs are popping up every day. The key is just to watch, wait, and act. 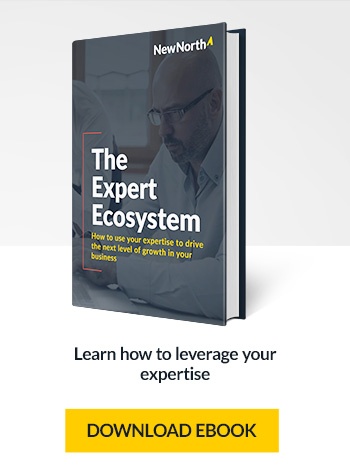