Everything ends eventually – even social profiles. But, good marketing strategy can make pivoting toward something new a little less painful.

So, when one of our clients asked us to close down a couple of old social profiles, we set to work to capture what value we could from the accounts. Here’s how we migrated audiences from one social profile to another.

One of our clients had created social profiles for a non-core brand. Over several years, through strategy and engagement, those social profiles had accumulated followers – around 1,300 followers on Facebook, and around 800 on Twitter.

However, over time the non-core brands slowly became less and less relevant to our client’s business focus. As that happened, maintaining the pages became more of a chore than a strategy of visible impact. This is important to note as we’ll talk about this in the reflection of the campaign below.

And so, our client decided the time had come to shut them down. But they didn’t want to send two substantial audiences off into the social media void without migrating some of them to main accounts.

That’s where we came in.

Our goal was to capture as many followers as possible from the closing accounts, and migrate them toward our client’s main accounts. This took different forms on Twitter and Facebook, respectively.

1. We used a direct message Twitter campaign to migrate followers of the non-core page to the core page.

All followers of the page received a direct message explaining the migration: the impending closure of the page, and the relevancy of our client’s core account to their interest. There was a link in the messages to our client’s official account.

This was all done manually, without the use of a paid, automated messaging program. 2. We created a series of posts to the account, encouraging the migration and reinforcing the details involved. On Facebook, we focused only on posts to the page, with messages updated and reinforced over the month prior to the account closure. Over the course of the migration, the core page acquired 8 new likes (an increase of 2.4%). Over the previous period, the page had acquired 0 new likes. Note that Twitter analytics don’t allow customized date ranges on follower growth, making presenting data in a graph more difficult. However, the follower count of the main profile increased by 57 followers within the week after the direct message campaign was enacted.

Overall, the campaign to migrate as many followers as possible from extraneous social accounts onto our clients official pages demonstrated a few interesting things.

Hopefully, this case study is helpful if you find yourself seeking to migrate an audience from one channel to another – these tactics and takeaways will apply directly to you.

Even if you’re not getting ready to migrate a social account, though, perhaps the bigger takeaway is this: you’re always best served by a constantly evolving approach to marketing that’s based on results and data.

One of our core values here at New North is to remain teachable, meaning that we seek to stay active in constant learning. It’s that approach that helps us to make the most out of changing circumstances and pivot toward growth – even when social profiles come to their ends. 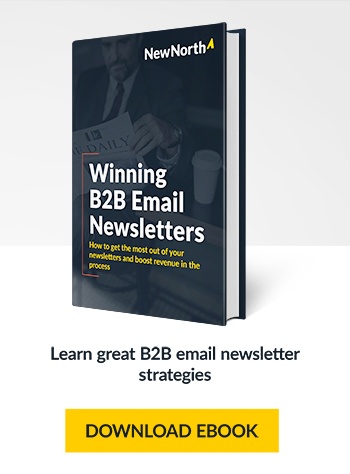